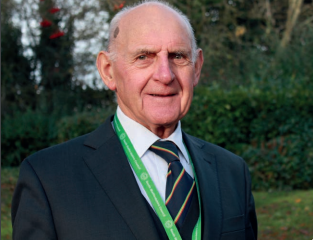 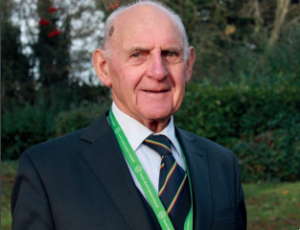 Councillor Robert Reade has represented Wombourne North and Lower Penn since 1999 and is the Cabinet Member for Welfare Services. Robert is also a Parish Councillor for Lower Penn and Wombourne and has been
Chairman of the Victory Hall Management Committee for the last 20 years.

Why did you decide to become District Councillor?

I hadn’t intended to become a Councillor but I was encouraged by Edward Bolland, a former Chairman. There were things happening that I wasn’t very happy about so I put my nomination papers in and got involved with local decisionmaking. I’ve never regretted it and it’s really shown me what can be done. I enjoy helping others and offering advice and I’d encourage anyone who wants to be involved with their community to consider becoming a Councillor.
I’ve been a cabinet member for many years and nowadays it’s like being involved with a business. We have to think about how to create income as well as make savings and see how efficient we can be. We’ve had to change with the times and cope with grant cuts and I’m pleased to be associated with a council that has adapted and faced these difficult decisions.

Being able to secure extra land for much needed car parking at Victory Hall in the heart of Lower Penn. The village
hall used to be an old Nissen hut and I oversee its management. Initially, it had a small parking area but I was able to
negotiate with the owners of a piece of land nearby and arrange its purchase. I like to think that I take after my father. He would always see if there was a way to do things and was good at talking to people and knew how to treat them properly.

We moved to Hillcroft Farm in 1934 and there are three farms in the family – Hillcroft Farm, Langley Hall Farm and
Pear Tree Farm, all in Lower Penn. They were originally dairy farms but this changed to arable farming and growing
potatoes, wheat and barley, which I continued doing until 1989 when I saw a need to rethink. Having horses myself
and being interested in them, I decided to go into horse liveries, providing stabling and grazing in a do-it-yourself livery
yard where owners looked after their own horses. Farming is in my blood. My mother’s family originated from Ireland and were farmers so I have farming on one side and brewery on the other as my paternal grandfather was a master cooper at Butler’s in Wolverhampton, making the barrels at Springfield Brewery. 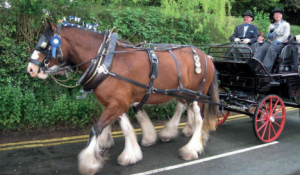 What’s your favourite place in South Staffordshire and why?

My home, Hillcroft Farm. Every time I walk in the fields I never get bored as it changes with the seasons. It’s also home
to my horses – five Clydesdales and a pony – and three dogs. I live there with my wife of six years, Jing, who is Chinese. My father always said you don’t know what’s around the bend in the road, and when I met Jing, well, I wish I could tell him about her. I’m extremely happy.

I played a lot of golf in the 1960s/70s and played for the county. I’m also a great supporter of traditional farming methods and my heavy horses have taken part in many local events for over 20 years. I bought the shire horses back in 1986 and used to show them at local shows before becoming interesting in taking part in ploughing matches.

I love music and I play the piano and the guitar. My favourite composer is probably Chopin and I also love ballets like Swan Lake and The Nutcracker, which we go to see every year.

Winston Churchill’s history of the Second World War. It’s very long but I read it when I was laid up after a couple
of operations. I’m interested in history and I think that one can learn such a lot from history because history very often
repeats itself.

In response to the current advice in relation to the coronavirus, the Civic Centre and Parish Council Office will be closed until further notice.

If you have any queries regarding a forthcoming booking, please call us on 01902 896 300 or email info@wombourneparishcouncil.org.uk

If you are elderly and/or vulnerable and are in need of assistance, please call us on 01902 896 300 and we will try and get some help to you.