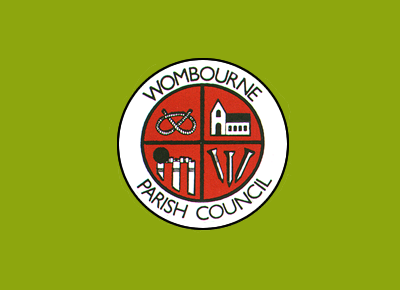 The funeral service for one of Wombourne’s most respected public servants took place this week.

Alderman Ignatius Kelly, referred to very affectionately by all those that knew him as ‘Paddy’, was a stalwart of our community, serving in a number of important roles, sadly passed away on 23rd March 2020 aged 91.

Paddy came to Wombourne for work, servicing business machines in the days before modern computers, and represented the Parish as it’s Chairman on three separate occasions in 1972/3, 1988/9, and finally in 1992/3.

Such dedicated service as a Parish Councillor for so many years would be enough for many people, but not for Paddy. He also served for a long time on the old Seisdon Rural District Council, as well as Staffordshire County Council.

As well as being very politically active with the Conservative Party throughout the 1960s and 70s, he was also, and is perhaps best remembered as a highly respected JP.

Sadly, I had only known Paddy for a very short time. However, in that time I was personally very grateful for his warmth and wisdom. He was an infectiously likeable character, and that is something quite rare. He is, and shall remain, irreplaceable.

The entire Parish Council send prayers and best wishes to his family, particularly his son David, with whom he attended many civic functions. He was a highly respected member of our community, and I am sure there will be many of you who wish to pay their respects to his family. We are extremely saddened by his passing, but very thankful for having known him.

In response to the current advice in relation to the coronavirus, the Civic Centre and Parish Council Office will be closed until further notice.

If you have any queries regarding a forthcoming booking, please call us on 01902 896 300 or email info@wombourneparishcouncil.org.uk

If you are elderly and/or vulnerable and are in need of assistance, please call us on 01902 896 300 and we will try and get some help to you.